The Sweden–Kyoto Symposium was held in Stockholm, Sweden on 11-12 September 2014 in collaboration between Kyoto University and four leading Swedish universities: Stockholm University, Uppsala University, KTH Royal Institute of Technology, and Karolinska Institutet. The symposium aimed to provide a platform for researchers from the five institutions to meet, share knowledge and ideas, and develop networks for research collaboration.

His Excellency Mr Seiji Morimoto, Ambassador of Japan to Sweden, was the honored guest for the first day of the symposium, which began with addresses by Professor Astrid Söderbergh Widding, President of Stockholm University, Dr Michiaki Mishima, executive vice-president for international affairs and hospital administration of Kyoto University, Professor Kerstin Tham, Vice-President of Karolinska Institutet, Professor Peter Gudmundson, President of KTH, and Professor Eva Åkesson, Vice-Chancellor of Uppsala University. The opening addresses were followed by presentations introducing each of the five institutions, after which Dr Hideo Akutsu, director of the Japan Society for the Promotion of Science (JSPS) Stockholm Office, gave a presentation on fellowships and funding opportunities for research cooperation between Swedish and Japanese scholars.

The afternoon of the first day featured keynote lectures by Professor Susumu Kitagawa, director of Kyoto University’s Institute for Integrated Cell-Material Sciences (iCeMS), Professor Gunnar Andersson and Assistant Professor Livia Sz OIáh of Stockholm University’s Demography Unit, and Professor Mathias Uhlén, Director of SciLifeLab, a collaborative project between the four participating Swedish institutions. In the evening, a reception hosted by the Embassy of Japan in Sweden and JSPS Stockholm was held at the residence of the Ambassador of Japan in Djursholm. At the reception, the guests were greeted by Dr Lars Vargö, the former ambassador of Sweden to Japan and a former student of Kyoto University. The reception gave the participating scholars a chance to relax, get to know each other, and prepare for the following day’s sessions.

The second day’s academic sessions were held at various locations on the campuses of the four Swedish universities. The ten sessions, covering diverse fields such as energy science, bio-informatics, aging, and philosophy, gave the participating scholars an opportunity to share their research findings, and explore possibilities for collaboration. Representatives from each session then reported their progress in the closing sessions, which were held at Stockholm University and Uppsala University. The scholars reported that the sessions had provided valuable opportunities to share new information and knowledge, and discuss concrete plans for potential research and education collaboration. In his closing speech, Professor Junichi Mori, director of Kyoto University’s Organization for the Promotion of International Relations, reflected that the symposium represented a major step forward in the development of collaboration between Swedish and Japanese scholars, and expressed his hopes that it would strengthen cooperation on the development of new knowledge, and enable scholars to cooperate on tackling common challenges and global issues. Plans are currently being made for a follow-up symposium to be held at Kyoto University, inviting members from the four Swedish institutions. 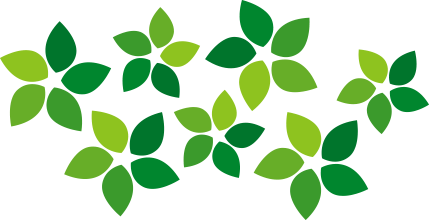