President Juichi Yamagiwa met with Dr. Pradeep K. Khosla, chancellor of the University of California, San Diego on October 5, 2015. Chancellor Khosla was visiting Japan to attend the 12th Annual Meeting of the Science and Technology in Society (STS) forum at the Kyoto International Conference Center. The meeting took place at the Grand Prince Hotel Kyoto, which is located close to the STS forum venue. President Yamagiwa and Chancellor Khosla discussed the details of a collaborative symposium scheduled to be held by their two universities in 2016, as well as the University Presidents’ Lunch Meeting, which President Yamagiwa and Chancellor Khosla were scheduled to co-chair as part of the STS forum later that day. 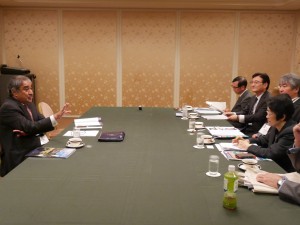 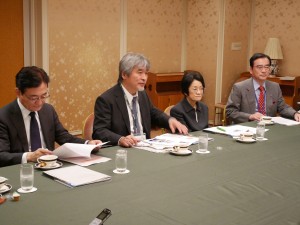 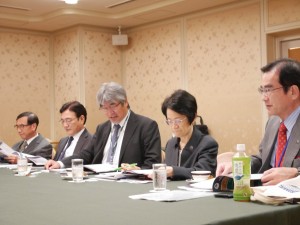