President Juichi Yamagiwa attends the 2nd Japan-UK Universities Conference for Collaboration in Research and Education Memorandum for Academic Exchange and cooperation concluded with the University of Birmingham（October 8, 2015）

A delegation from Kyoto University attended the 2nd Japan-UK Universities Conference for Collaboration in Research and Education, which was held at Keio University on October 8, 2015. The delegation was headed by President Juichi Yamagiwa and Prof. Tetsuo Sawaragi, Director of the International Center.

Over ninety delegates, including the presidents and other executives from thirty-one universities from Japan and the UK (see below for details), participated in the conference, which was held in collaboration between Keio University and the British Council. The conference aimed to provide a platform for the participants to discuss common issues in higher education and research, and explore possibilities for collaboration between academic institutions in the two countries. During the conference, President Yamagiwa gave a presentation in a session dedicated to “Japan-UK Collaboration in Research.” 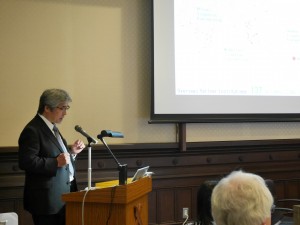 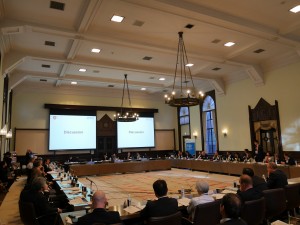 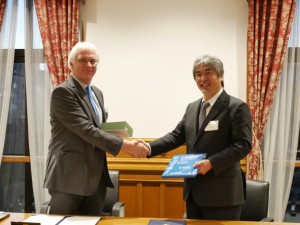