A memorandum for academic cooperation and exchange between Kyoto University and the Indian Institute of Technology Kanpur (IITK) was concluded on October 28, 2016.

The signing ceremony for the agreement was held on the IITK campus in India. Dr. Kayo Inaba, executive vice-president for gender equality, international affairs, and public relations and Prof. Akira Murakami, vice-dean of the Graduate School of Agriculture attended the ceremony on behalf of Kyoto University, bringing with them copies of the agreement pre-signed by President Juichi Yamagiwa. The memorandum was then signed on behalf of IITK by its director, Prof. Indranil Manna. After the signing, the delegates discussed the current and future collaboration between the two institutions.

The university-level agreement is anticipated to further advance research collaboration between Kyoto University’s Graduate School of Agriculture and IITK, facilitate broader academic cooperation between the two universities, and deepen academic exchange between India and Japan. 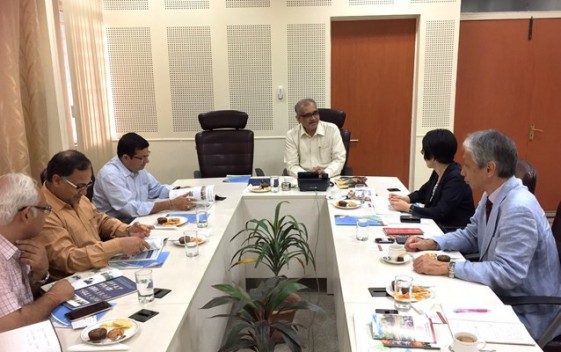 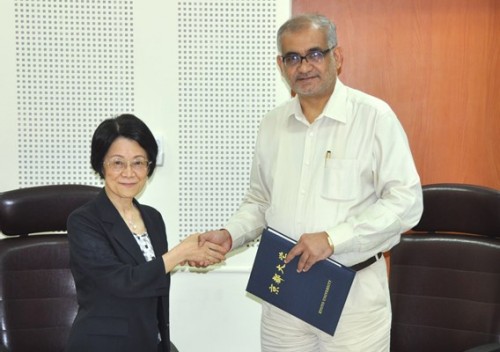