Renewal of Memorandum of Understanding for Scientific Collaboration with CNRS (October 1, 2017)

The memorandum of understanding for scientific collaboration between Kyoto University and the Centre National de la Recherche Scientifique (CNRS) was originally concluded in 2013. On October 1, 2017, President Juichi Yamagiwa of Kyoto University, and President Alain Fuchs of CNRS signed an agreement to extend the memorandum for another four-year period. The signing ceremony for the extension was held while President Fuchs was visiting Kyoto to attend the 2017 Science and Technology in Society (STS) forum.

The agreement provides a versatile and stable framework to increase scientific collaboration among research teams from the two institutions. Effective collaboration is already underway in several fields, such as chemistry and physics. For example, three international associate laboratories have recently been established to focus on the following topics: chiral nanostructures for photonic applications, photo-active nanomaterials with cooperative and synergetic responses, and impacting materials with light and electric fields and watching real time dynamics.

The renewal of the agreement will also extend the partnership on innovation and technology transfer that was initiated between the two institutions in 2015: the first partnership of its kind, which aims to promote the transfer of academic technologies to companies in France and Japan. The partnership was formalized through the two-year placement of a CNRS staff member at Kyoto University. The next phase of the partnership will include a focus on stimulating public-private research collaboration. 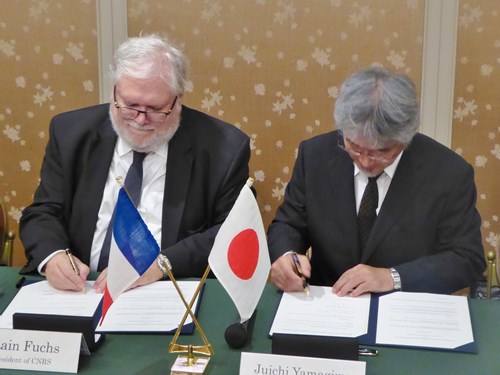 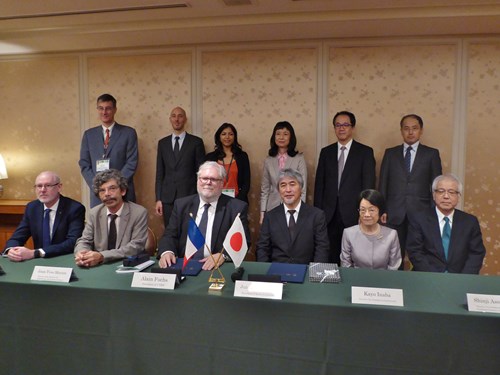