The 8th HeKKSaGOn German-Japanese University Presidents’ Conference was held online on 9–10 September 2021. The participants from Kyoto University consisted of President Nagahiro Minato, Dr Kyoko Inagaki (executive vice-president for gender equality, international affairs, public relations and external affairs), Professor Yasuyuki Kono (vice-president for international strategy), and several other faculty and staff members and students. The theme of the conference was “How universities can contribute to building healthy, safe and resilient societies”.

On the first day, a closed president’s meeting was held, in which the presidents of the six member universities discussed the network’s future activities. The presidents reaffirmed the importance of face-to-face exchange activities as well as the necessity of sharing information and promoting closer cooperation among the HeKKSaGOn member universities, and reached a set of conclusions based on which a Joint Statement would be drafted for release on the following day.

An academic conference then followed, comprised of a keynote speech and presidents’ panel session. The discussion focused on the role that universities should play in the event of a large-scale disaster or pandemic.

The second day of the meeting consisted of a poster session for early-career researchers, reports on the activities of the previous day’s student workshops, and progress reports from each of the HeKKSaGOn consortium’s research working groups. The sessions provided some insight into the progress that had taken place in researcher and student exchanges amid the Covid-19 pandemic. The conference then concluded with reports on the discussions of the previous day’s closed president’s meeting and the announcement of the joint statement.

The next HeKKSaGOn Presidents’ Conference is scheduled to be held in autumn 2023 at the University of Göttingen. 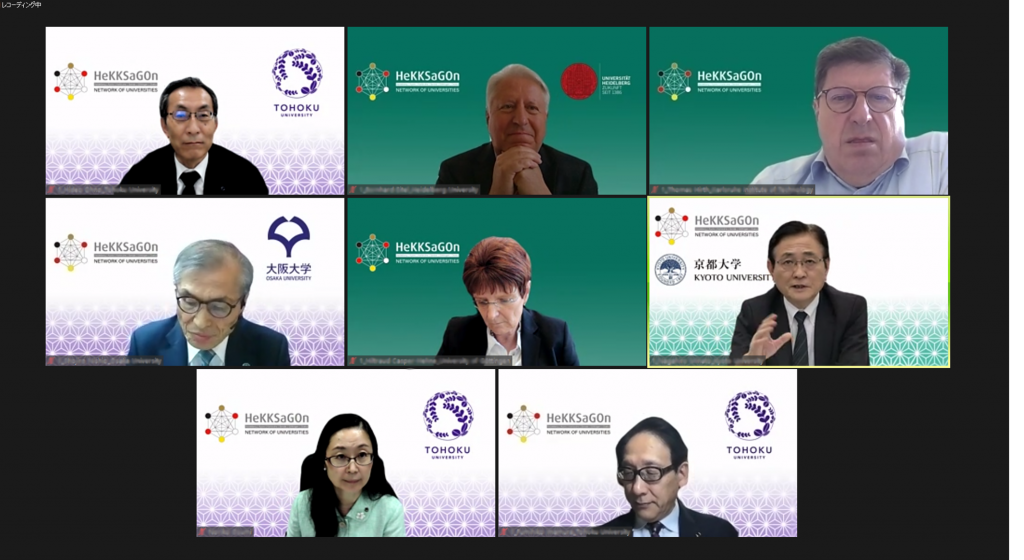 During the president’s panel session