icon.
You can then adjust the cookie settings to “On” or “Off,” and then click “Save and Close.” You may need to refresh the page for the new settings to take effect.

Details of the analysis tools used by the Center can be found at the following link:

Details of the data collection and processing methods utilized by the Google Analytics tools can be found at the following link:

*In addition, IP addresses are obtained in an anonymized form and analyzed using the following access analysis tool.

icon. Please note that you may need to refresh your browser in order for the new settings to take effect.

The event, which was cosponsored by the German Rectors’ Conference, Hamburg University and the Körber Foundation, focused on the theme “Which Values Can We Share in a Future World University System?” Over fifty university presidents from twenty-six countries gathered for a closed meeting to discuss the function of universities in today’s globalized society.

During the meeting, President Yamagiwa gave a workshop presentation titled “Academic Freedom and University Autonomy,” in which he discussed the Japanese university system. Speaking in the open discussion session, the President emphasized the importance of university internationalization, urging an exploration of ways to promote student mobility and ways to deal with international differences in university systems, such as tuition fee requirements. The council participants agreed that these are major issues which need to be addressed

*The full text of the Hamburg Protocol is available at the following URL: http://www.hrk.de/uploads/media/Hamburg_Protocol.pdf 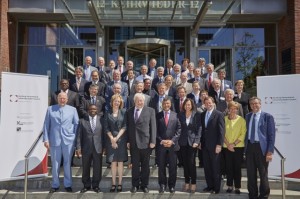 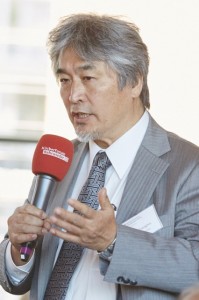 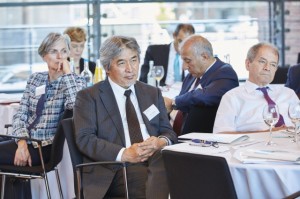