icon.
You can then adjust the cookie settings to “On” or “Off,” and then click “Save and Close.” You may need to refresh the page for the new settings to take effect.

Details of the analysis tools used by the Center can be found at the following link:

Details of the data collection and processing methods utilized by the Google Analytics tools can be found at the following link:

*In addition, IP addresses are obtained in an anonymized form and analyzed using the following access analysis tool.

icon. Please note that you may need to refresh your browser in order for the new settings to take effect.

Discussant for this lecture was a promising young lecturer Mr. Takuma Melber (Transcultural Studies) at Heidelberg University. He explained that German Postwar starts from the so called “Stunde Null” (Hour Zero) which is clearly defined as when Germany surrendered and so the World War II ended in Europe on May 8th, 1945. He went on to compare the differences between Germany and Japan in wartime responsibility and postwar reconciliation, and posed a sharp question if the current condition of Japan can be considered Postwar Period.

An exchange student from Kyoto University contributed to the lecture as a consecutive interpreter for the first time for this lecture series. Mr. Yusuke Okada from Graduate School of Letters at Kyoto University was highly praised by German participants for his excellent interpretation, even though the lecturer’s terminology was not in his field of research (theology and religion). This arrangement was made possible by Prof. Kishi’s intent “to give multidimensional opportunities to students,” and we at the Office were honored to have been able to assist in forming the connection. 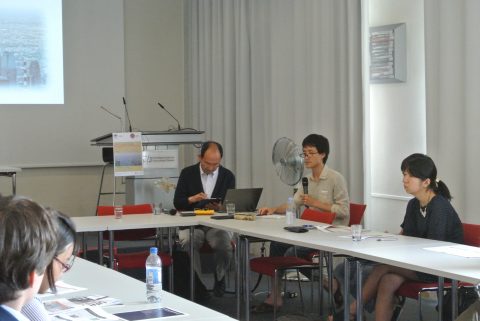 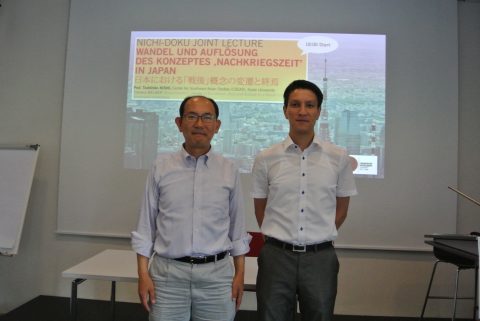